When and Why to Call a Tow Truck for Your Vehicle

No car owner wants to face the delay and expense of calling a tow truck when a car is acting up; however, despite the wait and the cost, this can be a better option than trying to deal with certain mechanical issues on your own or even driving a car that needs immediate repair. Note when and why you want to call a tow truck for your vehicle, and why this is the better option:

When the battery is dead

Trying to start your car repeatedly when it has a dead battery will cause undue wear and tear on the starter and other electrical systems. This might also permanently damage a battery that could otherwise be recharged and salvaged. Trying to jump the battery when you're not sure how to do this can be dangerous, and may also be damaging to the car's electrical systems.

If the car's battery is dead, note that a roadside assistance company can safely jump start it for you, so you can get the car started and get back on the road. They may also be able to test the battery, to note if it can be recharged and salvaged, or to see if it's best to just replace it.

When you're locked out

As with a dead battery, trying to handle a lockout on your own can be dangerous; you could break a window by trying to jam something into the car to reach a lock. A tow truck driver often has the right tools to open most standard locks, and their fees are probably cheaper than having a lock or window replaced after you've broken it! If the lock is outright broken for any reason, he or she can then also tow your car to a repair shop where it can be replaced.

If the transmission fails

When the gearshift or lever of the car's transmission becomes sticky and won't move easily between gears, don't try to force it to move. This often signals a problem with the transmission's chains and gears, and not the lever itself. Trying to force that lever can then break or otherwise damage those chains and gears, so your car gets stuck in neutral and won't shift at all. This can then be a very expensive fix. It's better to call a tow truck to have the car towed to a shop, and a mechanic can adjust the transmission linkage or otherwise make needed repairs. 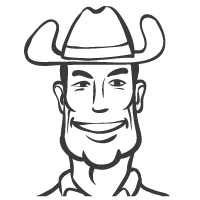 Welcome to my towing blog. My name is Fred and this blog is dedicated to the brave men and women who work as emergency tow truck operators across the great nation of Australia. In the past, I didn't think twice about the services offered by a tow truck service. But all of that changed one day when my car broke down in the Outback. The vehicle was stuck in some thick mud and I was afraid that I would never get out. Thankfully, I managed to call out an emergency tow truck crew who pulled me clear. They also gave me some top tips about what I should do if I ever need a tow in the future. Enjoy my blog.

Involved in a Car Accident? Here is How to Find a Reliable Accident Towing Company Fast - 25 March 2020